The primary function was the construction of around 50% of the jetty foundations and superstructure, including the installation of the jetty access approach, involving drilling activities, pile installation, crosshead structures and roadway beams from the top of the beach out to sea.

This site had a tidal range in excess of 12m which also brings high current flows. Marine activity such as vessel movements, bunkering and material loading had to be meticulously planned to ensure the safe operation of the jack-up and crews.

WaveWalker 1 walked along the route of the proposed jetty, installing the foundation piles, without waiting for the tide to rise and the barge to float – like conventional jack-ups. Walking up the beach also allowed the jack-up to ‘step’ around any obstacles or sensitive areas of the foreshore.

The jack-up had live-aboard catering for 32 crew members, along with its own cranes and drilling equipment – for this project WaveWalker 1 was made into a unique marine construction walking island, which in total walked over 8km during the project duration. 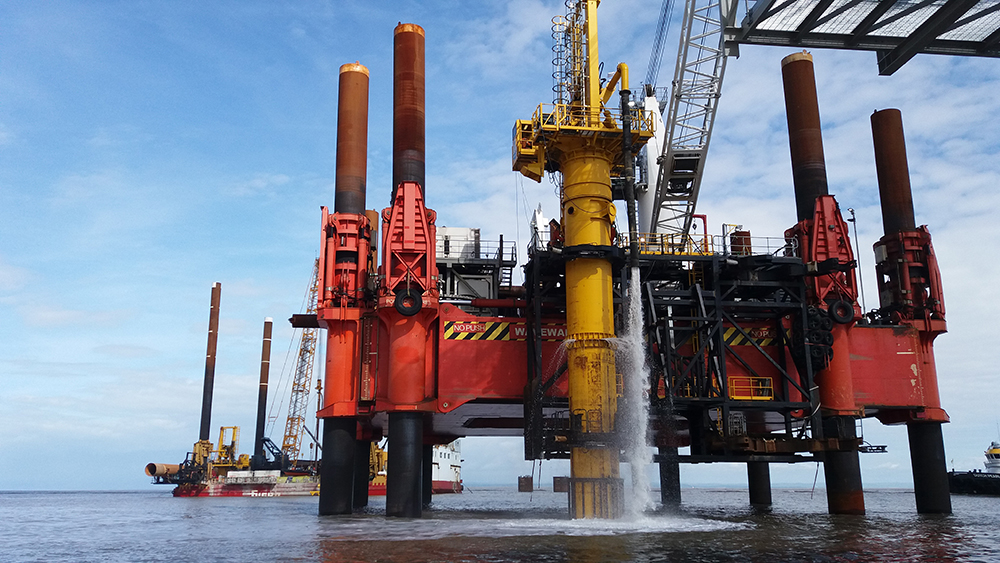 👷 It has been brilliant to see the local community taking a real interest in the WaveWalker. With the foundations of the new sea wall now in place, we look forward to continuing with our work to provide improved resilience for the railway line for generations to come.

Want to find out how WaveWalker 1 can support your marine operations?